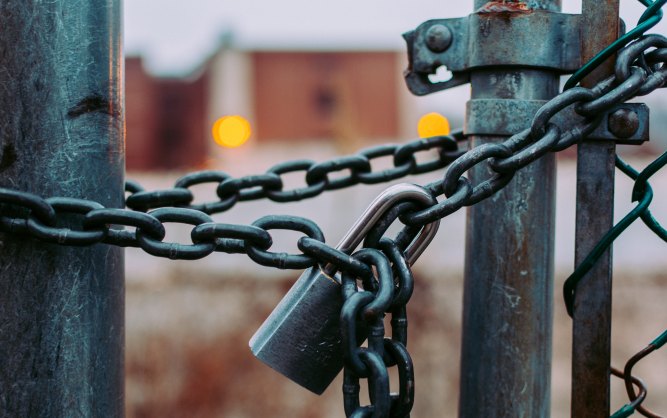 Photo by Jose Fontano on Unsplash

Let me start off by saying that I’m, by no means an expert on immigration.  I was reminded of this as I wrote and rewrote this post based on new information I would find.  Although I’m not an expert and am still learning, I know that I can’t continue to live as though there aren’t people with thoughts, feelings, and needs affected by this issue.  Having said that, I apologize in advance for any fallacies that follow.

My views on immigration changed last Fall when I spoke with people going through the immigration process.  I’m ashamed to admit it, but I didn’t really know what a Dreamer was before then.  The people I spoke with are good people who are following all of the prescribed rules and desperately want to be either permanent residents or citizens.  I met someone whose husband has been waiting 18 years to become a permanent resident.  18 years!!!  You might think that’s impossible.  You might even think that I’m lying in order to get you to support the cause of immigrants.  I assure you that it’s not impossible and I’m not lying.  Trust me when I say that I was shocked at the information I’m about to give you.

For undocumented immigrants already in the U.S., there are two main pathways to becoming a permanent resident (there are other special programs, but most follow the pathways described here).  If you are the spouse or unmarried child under the age of 21 of a U.S. Citizen or you are a parent of a U.S. citizen, your process is pretty straightforward.  You are the only group that has a direct pathway to immediately become a permanent resident.  However, for all other familial relationships, the process begins with applying for a visa.  If you’ve never traveled internationally, you may not know that some countries require visas to enter.  The U.S. currently has a list of 38 countries for which we do not require visas.  Mexico is not on that list.  You might be thinking to yourself, “Ok, then.  Apply for a visa.  How difficult can it be?”  This is where it gets convoluted.

There is currently a Congress-prescribed quota that determines how many people receive visas each year (currently 675,000 worldwide).  If you don’t know about the quota (because I definitely didn’t), here is my (very) feeble understanding of it.  Only a certain number of people from each country can be granted visas each year and no more than 7% of the total visa allocation can be issued to a single country (47,250 total).  That number is further broken down based on a person’s familial relationship to a citizen or a permanent resident.  The citizen or permanent resident must petition the government on behalf of his or her family member.  Once that petition is granted, the immigrant must get in line for a visa.  And, in most cases, that line is very long. Remember, this is only the first step.  Once they get the visa (which is temporary), they must then apply to become a permanent resident which has a whole new process to complete.

Below is a graphic from the U.S. State Department’s website that shows the visa waiting times for people from Mexico.  More information can be found at the State Department website which I’ve listed below in the Sources section.

When I saw this and it was explained to me, I knew the system was broken.  We have law-abiding people that have been waiting for over 20 years to get a visa.  Because they are undocumented, they live in fear of being deported to a country they no longer consider home.  One woman I met told me that she didn’t want to go to the doctor when she was hurt for fear of her immigration status being discovered.  Another who said he was paid low wages in cash because his employer knew he couldn’t tell anyone.  No one should have to live like this.

I originally set out to write this because I am currently going through a Lenten devotional about immigration and the Scripture was Exodus 12:48-49.  In it, God tells the Israelites that if an alien among them wants to participate in Passover, they must first be circumcised and that there is one law for aliens and natives.  In recent months, I’ve seen countless comment threads where one person argues that undocumented immigrants need to either apply for citizenship or be deported because God forbids us from breaking the law.  I wish I could yell loud enough for everyone to hear that there are a large number of undocumented immigrants doing everything they have been asked to do in order to become permanent residents: filling out what seems to be an endless stream of paperwork, paying immigration attorneys to represent them, gathering documents to prove they have had a continual physical presence in the U.S.  All of these things come at a great expense of time and money, both of which they have limited amounts.  Again, just so they can keep their place in line to become a permanent resident.  I fear that I’ll never be able to yell loud enough for some people to hear this.

I hope that if you’re unsure about where you stand on immigration or if you’re someone that firmly believes in the deportation of all undocumented immigrants that you’re still reading.  I pray that you’ll try to put yourself in the shoes of one of these people.  In fact, find someone going through the process and just sit down and respectfully talk with them.  Ask them questions about everything they have to do just to have a fighting chance for permanent residency.  Think about how you would feel if you had to live in fear of being sent back to a place that you don’t remember.  After that, I pray that you’ll come to the realization that:

This is their home.

They are our brothers and sisters.

We need to make a place for them at our table because it’s their table, too.